The sober neoclassical facade of the police headquarters in Copenhagen provide little hints to the Art Deco splendor within. The Politigaard was begun in 1920 and completed in 1924. The initial architect was Hack Kampmann, who subsequently died before the laying of the foundation stones. The original design had been altered several times during construction, most notably from the architect, Aage Rafn, who was greatly influenced by the architecture of Classical antiquity and the Renaissance. Throughout the building, stripped Neoclassicism meets Art Deco with repetitions of many decorative art motifs, including the shell, the star, octagons, hexagons and the swastika.

The entrance to one of the conference rooms with green and cream marble pilasters and surmounted by an impressive and highly stylized scallop shell. The fretwork patterned terrazzo floors are interrupted by thumbprint forms. 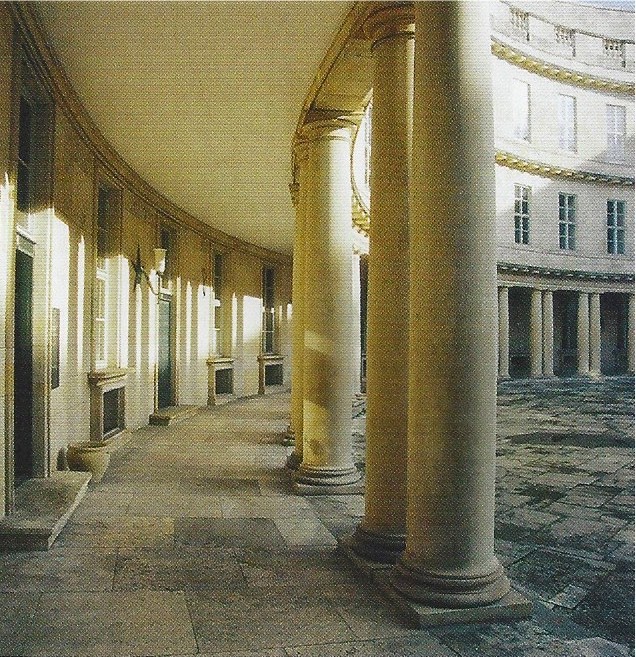 Views of the internal courtyard with paired Doric columns evokes Charles V’s palace in the Alhambra. 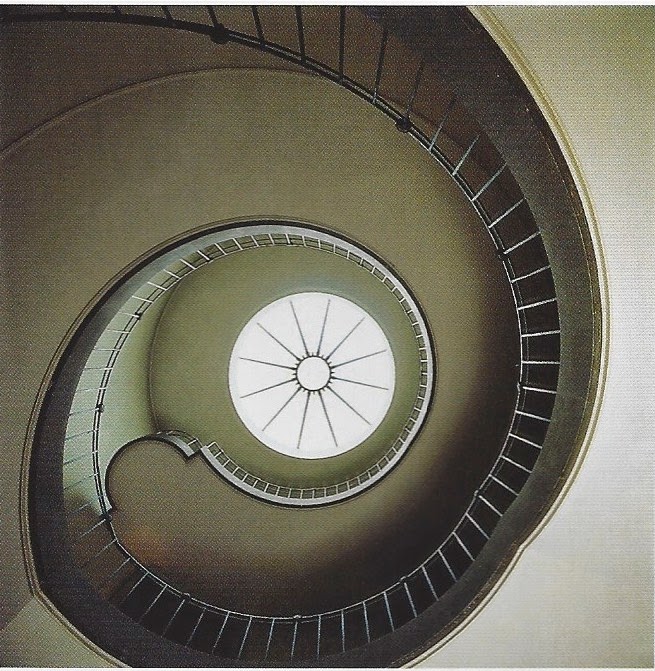 A simple and elegantly detailed circular staircase illuminated by a round oculus skylight. The top of the stairs terminate gracefully with a half circle detail with stringers lined in marble. 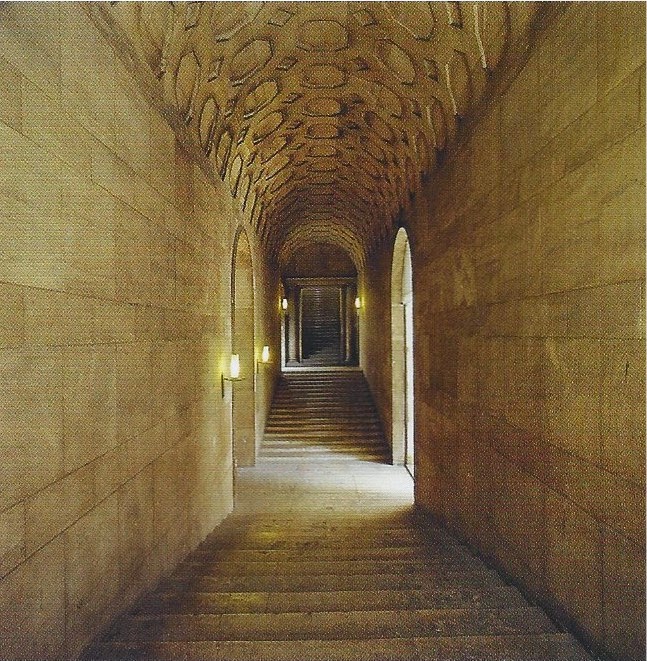 A coffered, barrel vaulted ceiling in one of the endless corridors in the Politigaard building. The octagonal forms of the coffering is one of the many motifs used throughout. 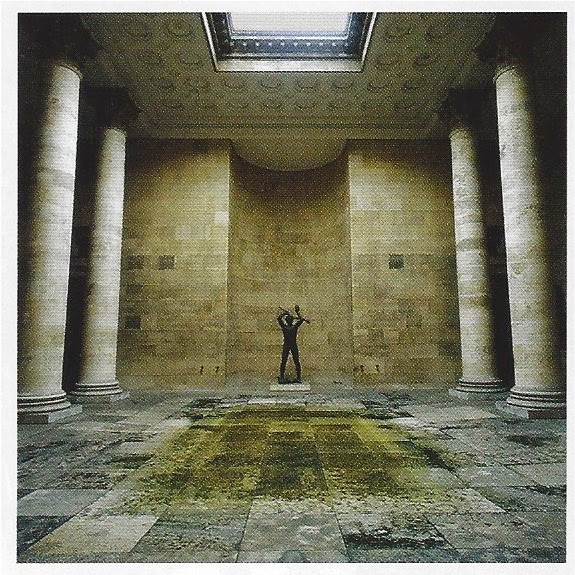 The main square courtyard based on an ancient impluvium with an open ceiling, which is open to the sky and allows rainwater to drain through the center basin. A 4 meter high statue of a naked man, titled, Snake Killer, by Einar Utzon-Frank gives one a sense of the monumentality of the Doric columns. During World War II the Nazi’s took over the Politigaard, while sending some 2000 Danish officers to the concentration camps. Because of the motifs used throughout, most obviously the swastika, the Nazi’s fortunately refrained from damaging the building and its interiors. The only relic from their occupation is a small swastika incised into the tip of the statues genitalia. 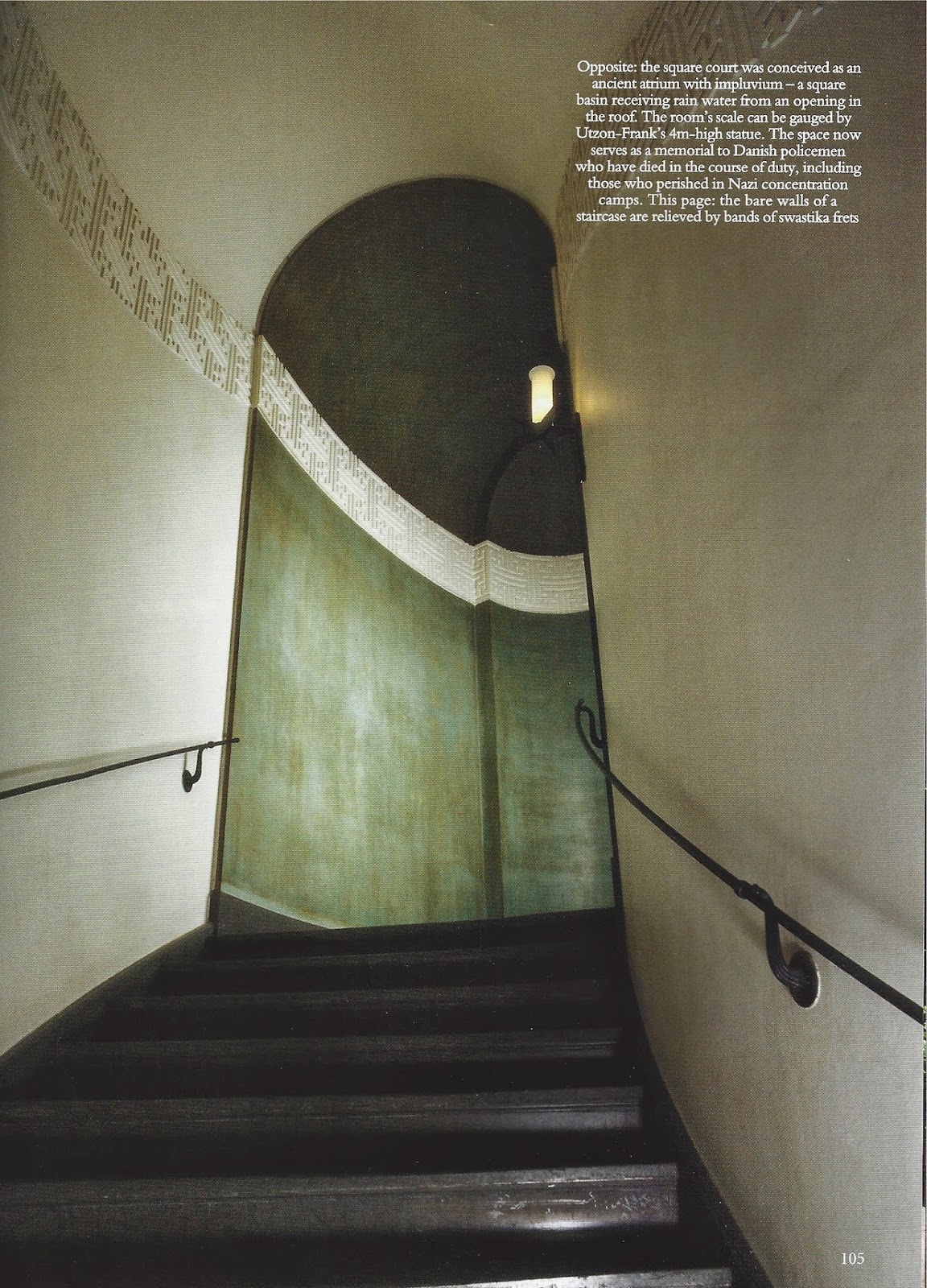 Swastika patterned fretwork adorns another curving staircase. The white of the fretwork creates a striking contrast to the green plastered walls. 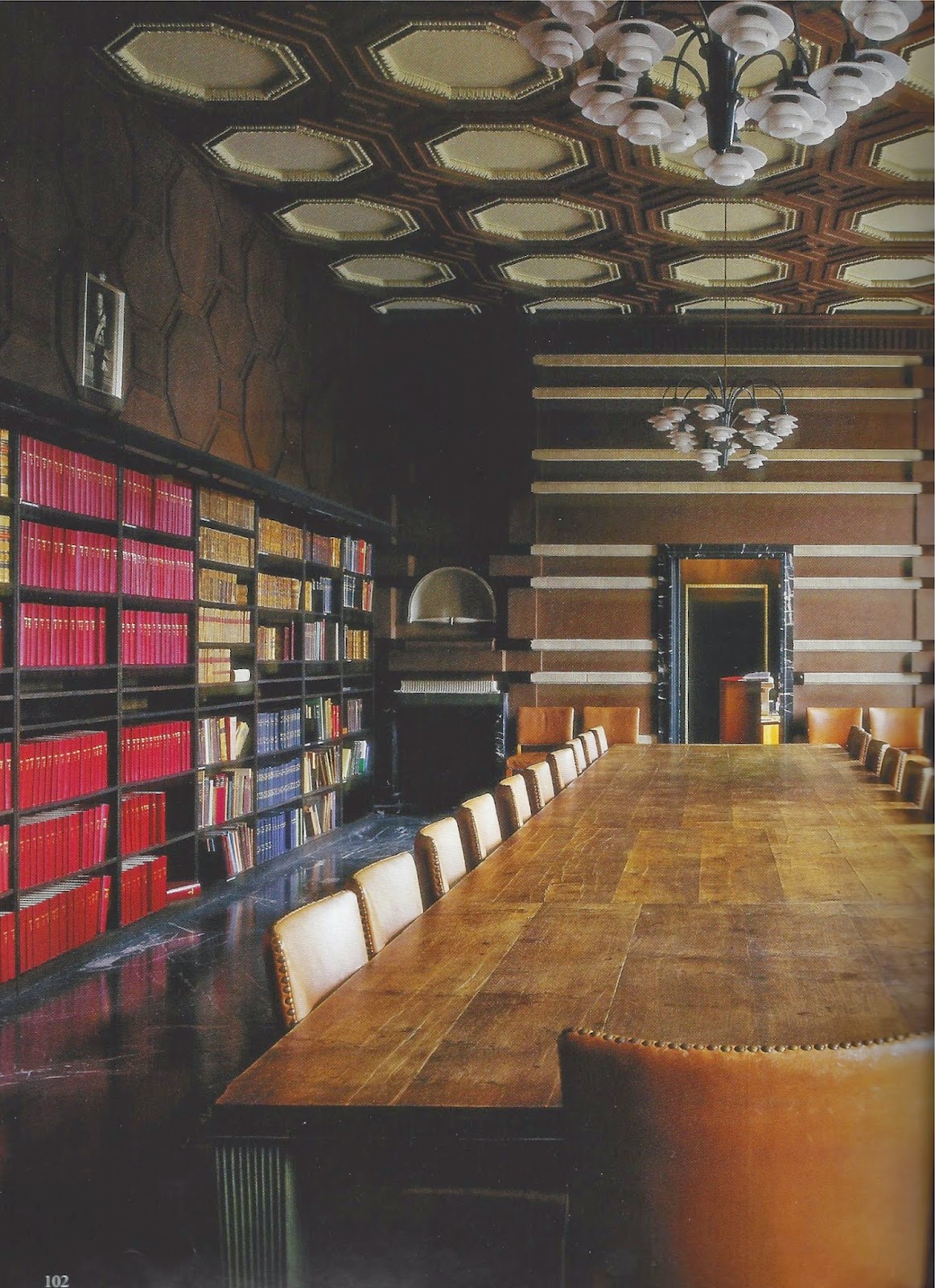 The octagonal motif is used again for the coffered ceiling in the conference room. A pair of Poul Henningsen chandeliers hang over the massive conference table.