A Spooky House in Charleston

A few weeks ago we took a trip to Charleston for a long weekend to visit friends. The two things that I wanted to focus on in Charleston were the historic architecture and southern food. Both in major abundance. Since we only had a few days to explore we concentrated our time in the historic heart of the city wandering the network of charming, leafy streets with hidden gardens behind old crumbling walls.
One of the houses we toured was the Aiken Rhett House, also known as the Robinson Aiken House, which is located in the western end of Charleston. Built in around 1820 for a wealthy local merchant, John Robinson, the house was originally constructed in the late Federal style, a popular architectural style in Charleston that was beginning to wane. Due to severe losses in his business, Robinson was forced to sell the house to Governor William Aiken Jr. in 1827. Between the 1830’s and 50’s Governor Aiken and his wife greatly expanded the house in the Greek Revival taste which had become popular at the time.
The estate consisted of the Main House as well as large slaves quarters and carriage houses in the back. The front of the house featured a deep porch, or piazza as they are referred to in Charleston. The interiors were embellished with Greek Revival architectural flourishes from the metalwork to the large scale casings and moldings throughout the house.
The house remained in the Aiken family until 1975. It was later purchased by the Historic Charleston Foundation in 1995 who has maintained a unique approach to the house. Instead of restoring the house to its former glory they have instead conserved the house in the state that it was in upon purchase. Despite the generations of families that have lived in the house its interiors and furnishings have changed very little over the years.
The houses current state that lends itself to a very unique and rather spooky tour. In fact the house is rumored to be haunted. Many have claimed to have seen the apparition of a lonely woman roaming its rooms accompanied by the sound of footsteps. There have also been many sightings of other spirits largely in the slave quarters.  While touring the house I could certainly get a sense of some type of presence and the state of the decayed rooms inspired ones mind to start imagining the lives of the people that had lived in the house. Being alone in many of the rooms I would feel a chill throughout my body which made me want to catch up with the others.
That night laying in bed there was a thunder and lightening storm outside and my mind kept coming back to the house and its rooms. Imagining myself alone in the house while the flashes of lightening illuminated the decaying walls, dusty furniture and perhaps the face of the lonely woman who wandered its halls, I quickly pulled the covers over my eyes hoping that morning would soon come.
Happy Halloween everybody! 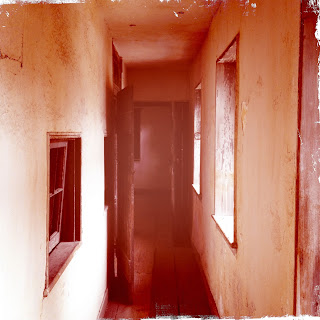 One of the many hallways in the old slave quarters. 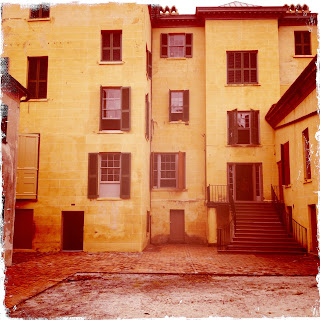 The rear of the house approached from an old allee of magnolia trees. 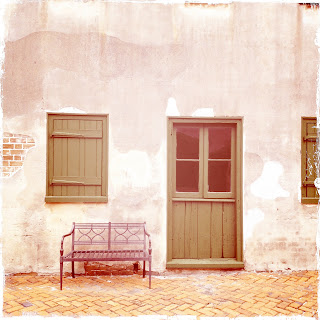 An entrance to the slave quarters. 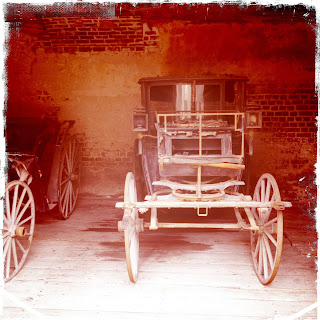 One of the original carriages in the carriage house. 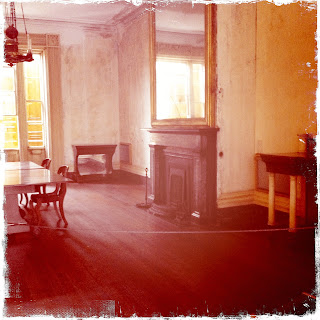 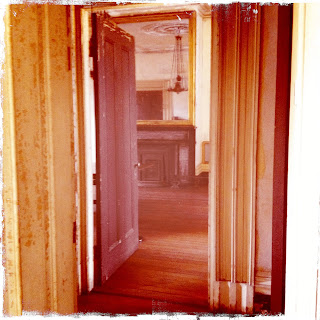 Looking from the east dressing room into the ballroom. 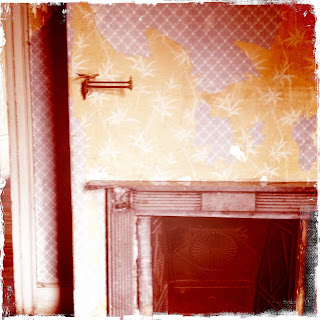 The east dressing room with its layers of original wallpapers. 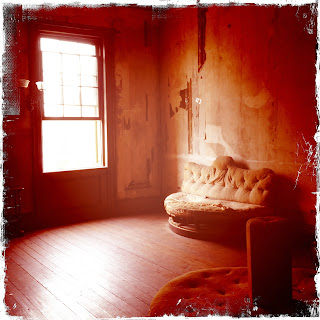 The ballroom with one of the original tufted benches. 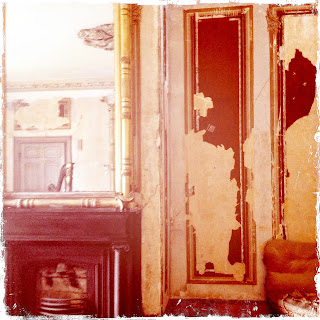 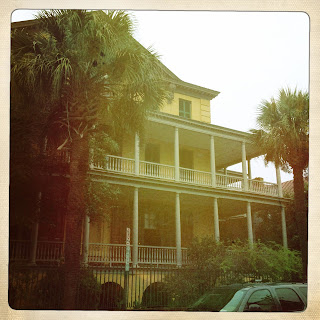 The front of the Aiken- Rhett house with its deep double story piazza.