Located on the edge of the Parc Monceau in Paris lies one of the cities most extraordinary museums. The Hotel Camondo was designed by the French architect, Rene Sergent (1865-1927) and completed in 1912 for the wealthy banker Moise de Camondo. In 1860 Comte Moise was born into a Sephardic Jewish family in Istanbul, Turkey. His family owned one of the largest banks in the Ottoman Empire. As a child the family moved to Paris to establish their astonishingly successful bank and Comte Moise continued in his father, Nissim de Camondo’s footsteps by running the business.

Despite the influence of the Petit Trianon, the interiors were designed to be beautiful yet functional and quite modern for their time. Typically period rooms were arranged enfilade but the interiors of the Hotel Camondo were designed without this typical feature, making the rooms much more livable and private. 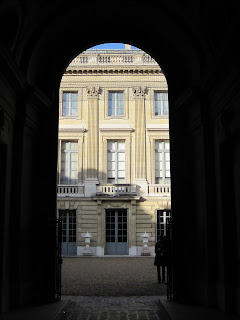 A glimpse of the hotel’s neoclassical facade through the entry court off of the Rue de Monceau. 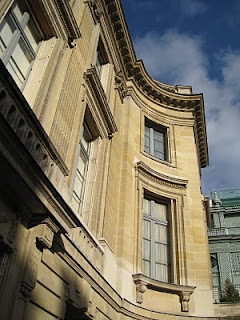 Looking up at the mansions exquisite architectural details. I love the curves of the projecting wings. 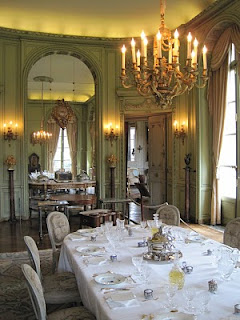 The Salle a Manger or dining room featuring the Catherine II silver service and the Sevres porcelain. 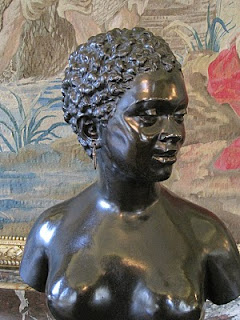 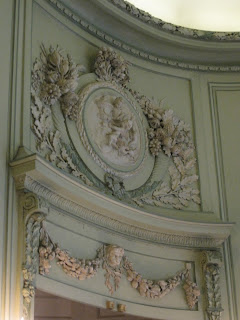 A detail of the boiserie in the dining room. 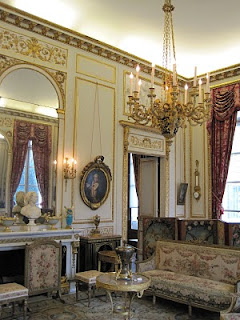 The drawing room includes a marble bust by Jean Antoine Houdon and a 17th century Japanese sake bottle with 18th century gilt bronze mounts. This piece was owned by Madame de Pompadour. Note the original 18th century needlepoint upholstery on the settee and the firescreen. 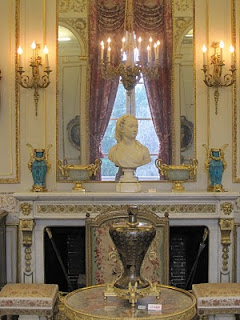 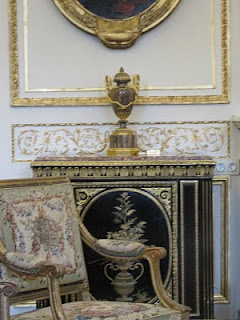 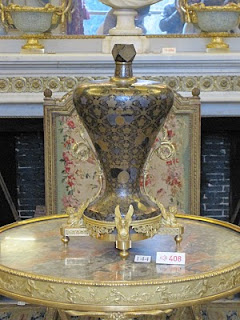 A close up of the Japanese sake bottle. Note the shaped stopper and the exceptional gilt bronze mounts. 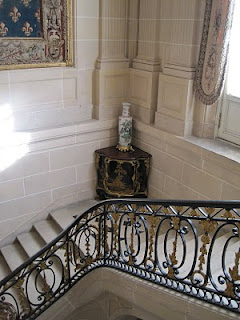 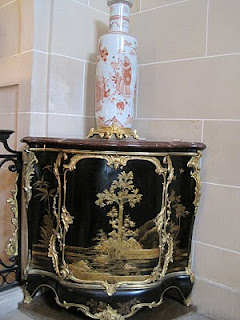 One of a pair of encoignures by Bernard Van Risenburgh in the grand stair hall. Considered priceless they are two of the most important pieces in the house. The magnificent iron railings were fabricated by Bagues. 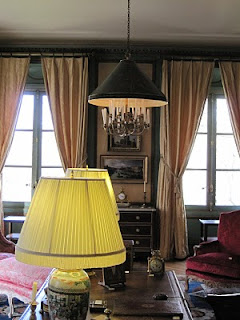 The private study of Comte Moise de Camondo. Before she was married it was the bedroom of Moise’ daughter Beatrice. 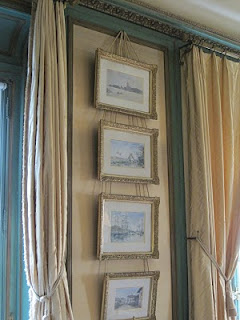 Look closely at how beautiful the pictures are hung. I will have to remember this for a future project! 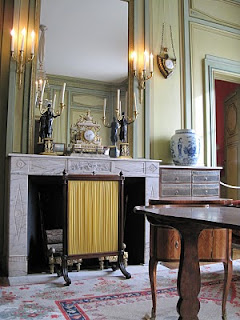 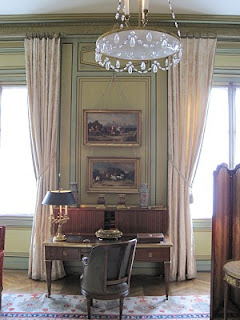 Such a handsome room! 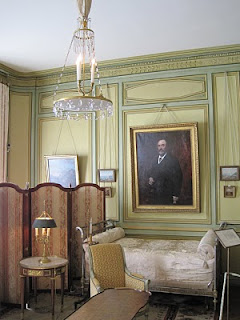 Nissims bedroom and study. My favorite room in the house. The portrait over the daybed is of Nissim’s father, Moise de Camondo. 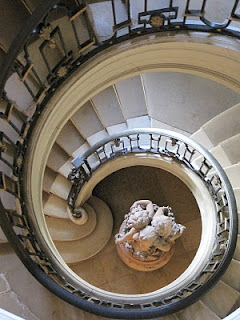 The back stairs that were privately used by the family.

Tragically in 1917 Nissim, a volunteer fighter pilot during World War 1, was killed during a mission. Comte Moise was devastated to lose his son. He had built the Hotel Camondo for Nissim who shared his fathers same passion for the decorative arts. Sadly Beatrice did not share her fathers passion and had no interest in continuing the legacy of the house.

Upon Comte Moise’ death in 1935 he bequeathed the state of France with the house and it’s entire collection in honor and remembrance of his son. The museum was officially opened in 1936 and has been perfectly preserved ever since.

But the tragic fate of the Camondo family continued. During World War II, Beatrice, her husband Leon Reinach, and their two children were sent to German concentration camps and exterminated in 1944. One cannot help but feel thankful that Moise did not live to witness the horror of the Second World War and the unspeakable loss of his remaining family. The Camondo family name died with Beatrice and her children.

To walk through the rooms of the Musee Nissim de Camondo is to feel as if time has stood still. The museum has preserved the house and it’s furnishings exactly as it had been during the family’s residence.

After losing Nissim, Moise withdrew from social life and focused his attentions on his collection and to share it with a small group of friends who shared his passions for gourmet food and the decorative arts.

Despite the immense beauty of the mansion, there is an underlying sense of sadness that still permeates the house. One can especially feel it in Nissims bedroom and Moise’s private study where he would often shut himself off from the rest of the world.

Regardless it was a truly amazing experience and offers one a glimpse of an extraordinary man’s life and his testament to the best of the French architecture and the decorative arts.

All photos taken by Michael Hampton