The Beauty of Beige

When a client commented to Albert Hadley that beige was boring and not a color, his response was swift and so true. “Beige is atmosphere. Its bisque, its ivory, its cream, its stone, its toast, its cappuccino. Its well, its magic”. When I read this mornings article on Renee and Mark Rockefeller’s maisonette in the New York Times, T Magazine, Hadley’s descriptions of beige immediately came to mind.

Designed by architect/ interior designer Daniel Romualdez, each room is a careful study in the subtle variations of neutrals that are punctuated with a breathtaking collection of important art and furniture. 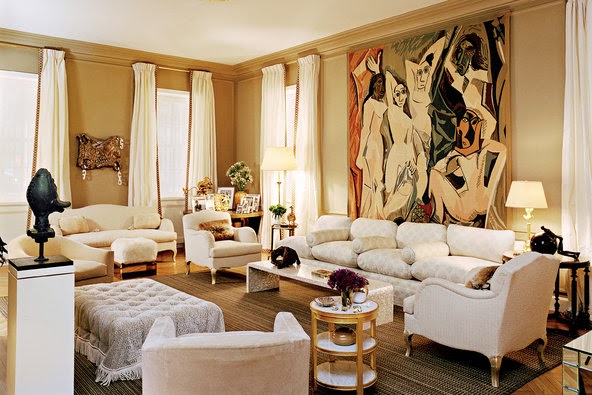 The living room is dominated by a Picasso tapestry, which is mounted on faux suede walls. Many of the furnishings were formerly in the apartment of Mark Rockefeller’s father Nelson Rockefeller, including the round giltwood side table by Jean Michel Frank and the Giacometti lamps. 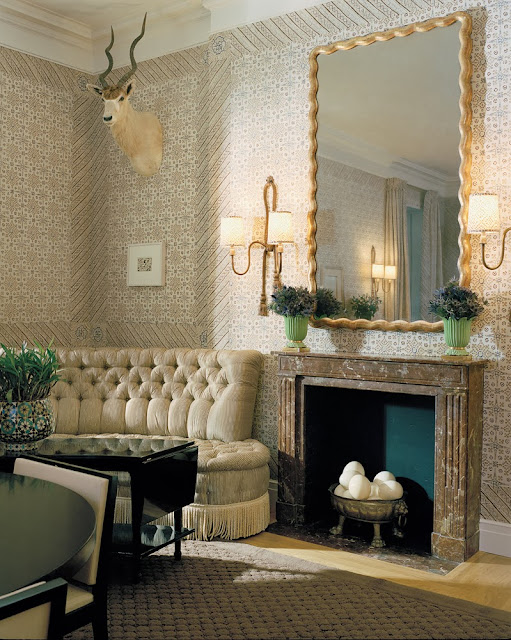 Printed fabric by Carolina Irving  line the walls of the dining room. 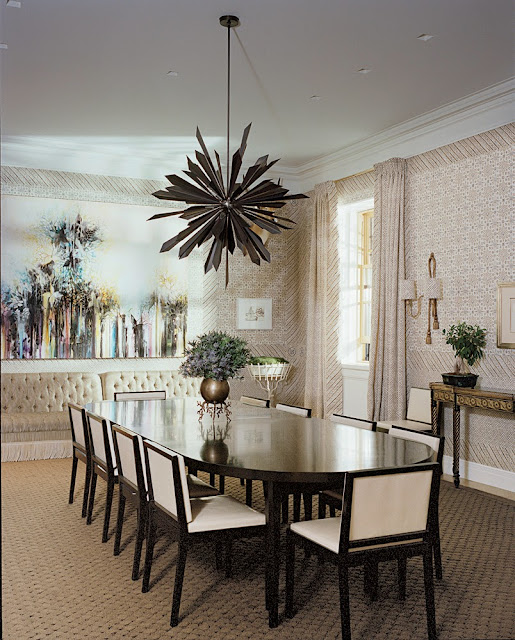 A Tony Duquette “Star” chandelier by Remains Lighting hangs over an oval dining table with chairs by Philip Johnson. 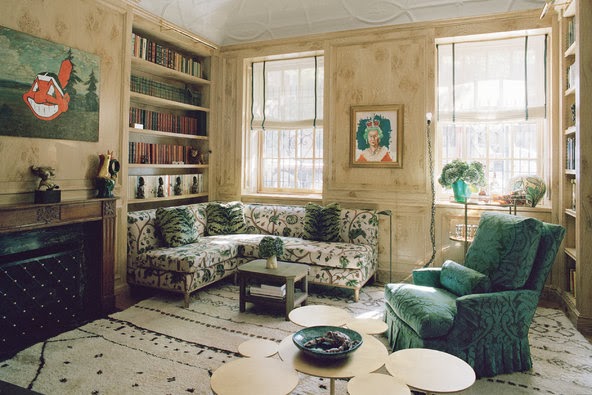 Accents of greens in the library with walls sheathed in knotty pine. A coffee table by Damien Langlois- Meurinne is in the foreground. 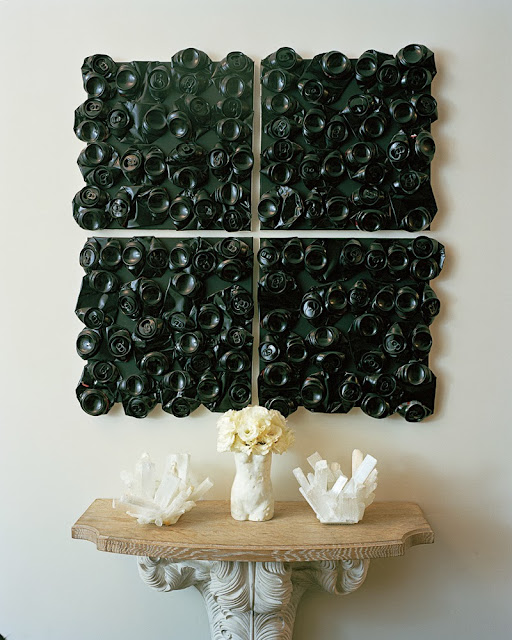 A pair of Serge Roche style consoles greet you in the entry hall. 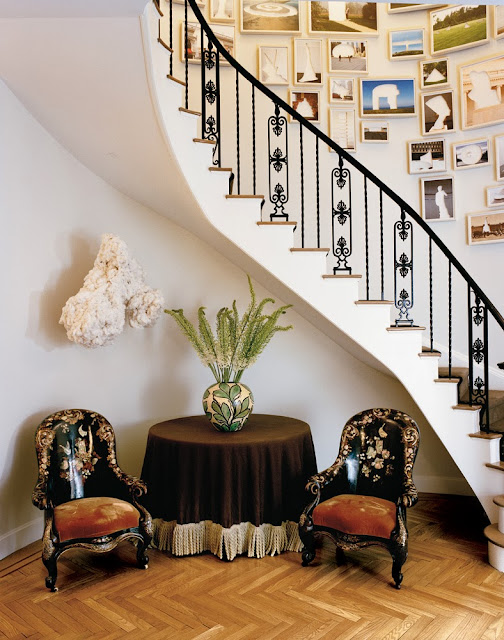 The staircase walls are lined with a series of photos by David Davila.
All photos by Francois Halard.