I recently finished reading one of the most fascinating and beautifully written books called “The Glass Room” by author Simon Mawer. It is a fictional story that is based on the Villa Tugendhat in the city of Brno-Czech Republic.
The story begins in the late 1920’s with Victor and Liesel Landauer shortly after their marriage. While honeymooning in Venice they meet the famous modernist architect Rainer Von Abt, who charms them with his visions for the ideal home which includes his idea for a glass room that floats above the gardens below. The story continues with the building of the house and the lives that unfold within over the years. With the glass room and the onyx wall being one of the main focal elements. I resist the temptation to include too much more so I don’t ruin it for people who want to read the book. The storyline closely parallels the actual lives and events of the Tugendhat family.
The Villa was designed by the modernist Ludwig Mies Van Der Rohe for the Tugendhat family and was built between 1928 and 1930. Fritz Tugendhat was a wealthy Jewish factory owner, who with his wife Greta, commissioned the futurist home from Van Der Rohe. The Tugendhats were only able to enjoy the home for eight years before departing for Switzerland to avoid the Nazis. They never returned to their beloved Villa.
Over the years the Villa fell into serious disrepair but fortunately restoration began in February 2010 and the house was reopened in March 2012.
Van Der Rohe’s philosophy of “Less is more” is clearly evident in the functionalist style of the house. The arrangement of rooms being very unusual and forward thinking with the private areas of the house being on the first floor (street) level while one descends to the public spaces below. 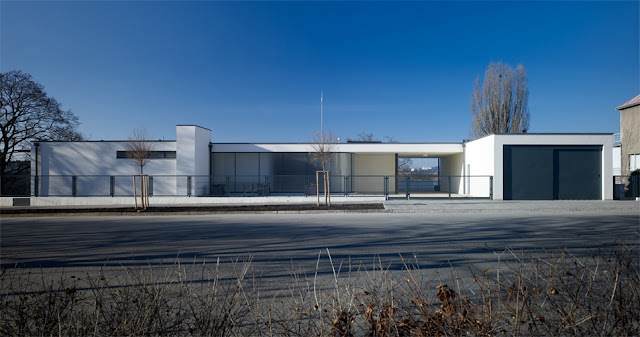 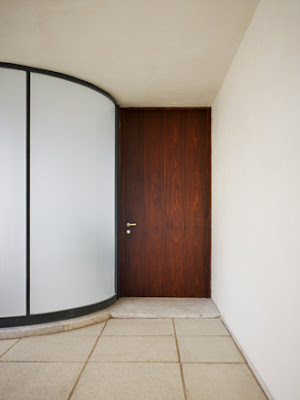 Entry door with its Macassar ebony door and travertine floors 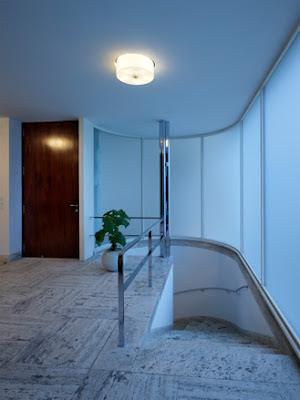 Inside of the Entry Hall with its frosted glass panels, which allow light to flood into all the spaces while allowing privacy. 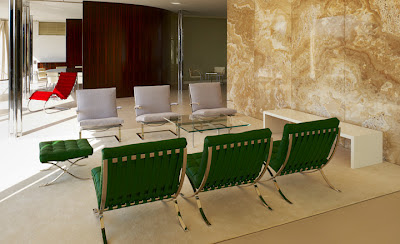 The famous “Glass Room” or Living Room. Note the green “Barcelona” chairs and ottoman which were designed by Van Der Rohe in 1929. 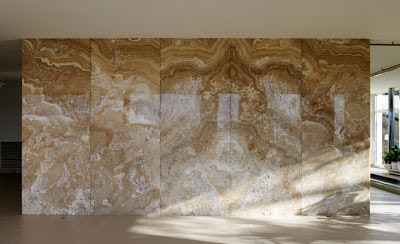 The onyx wall, which plays an important role in the book. 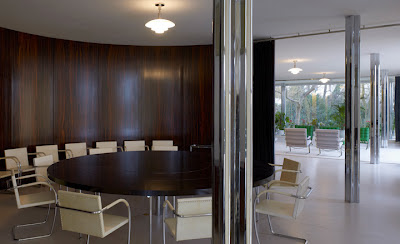 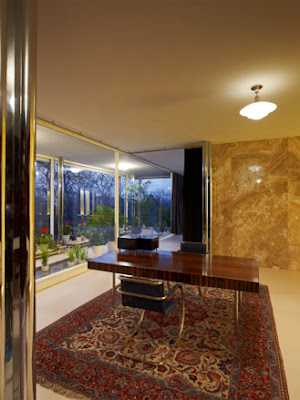 The Study which shares the onyx wall with the adjoining living room. 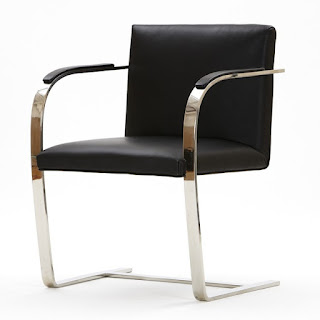 The iconic “Brno” armchair that was designed specifically for the Villa. 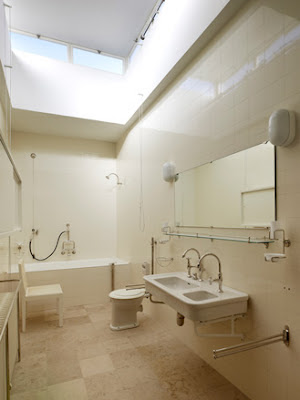 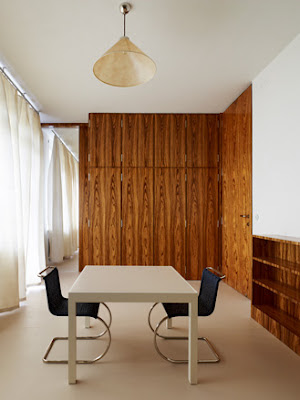 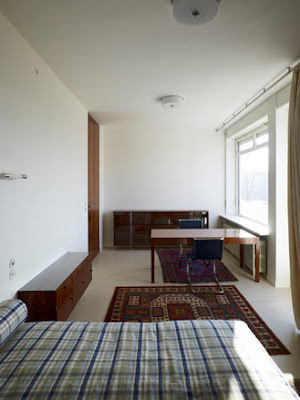 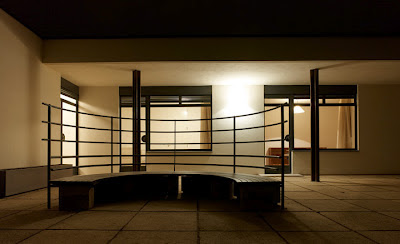 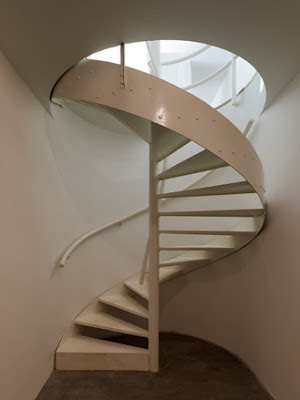 The winding metal staircase which descends from the public areas to the service areas on the bottom level. 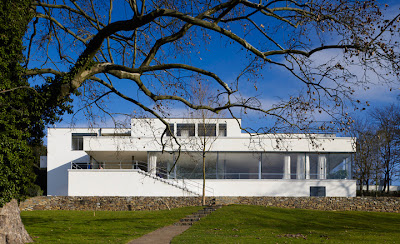 The garden facade with its sweeping views of Brno below.