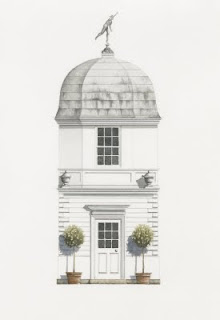 My friend Janet from JCB and I share a similar passion for architecture and garden follies in particular. She is has been so wonderful to introduce me to many future painting subjects. While either reading her blog or looking at her incredible photo albums I noticed this exquisite little pavilion.

It turned out that the pavilion was practically in my back yard! Well actually it is a 50 minute drive from my home in DC to the historic William Paca House in Annapolis Maryland. 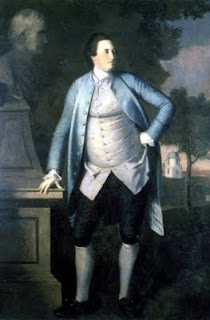 William Paca was born in Annapolis in 1740. He was educated in Philadelphia and trained for a legal career, which he pursued back in Annapolis. William Paca was Maryland’s governor for three one year terms from 1782 to 1785. He supported state ratification of the United States Constitution in 1788 after proposing the addition of the Bill of Rights. In 1789 President George Washington appointed him a federal district court judge, which was Paca’s last office in a life of public service. He died in 1799.

Construction of his estate began in 1763 and continued until 1765 when it was completed. The architecture of the Main House was built in the Georgian style, which was typical of this time. His two acre garden was also laid out during construction. It included parterres, canals, and a small pond featuring a delightful wood bridge in the Chinese Chippendale style. The entire gardens were surrounded by beautifully detailed brick walls. At the far end of the garden he built the two story summer pavilion. From the upper floor the Paca family could view the garden, entertain guests and enjoy summer breezes.

Sadly the original gardens and summer house did not survive over the years but in the 1960’s and 70’s the gardens were restored to their former glory. The summer house was reconstructed from the portrait above of William Paca, which includes the original summer house in the background. While visiting some friends in Annapolis I was able to quickly visit the gardens and measure the existing pavilion so that I could create the painting above back at home. 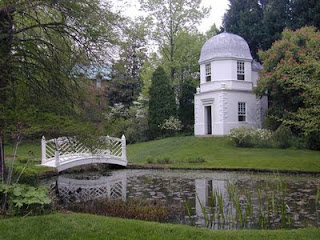 If you are in the DC area and want to escape the modern life of the city make sure you head to the William Paca house and step back into the 18th century while enjoying it’s peaceful gardens.