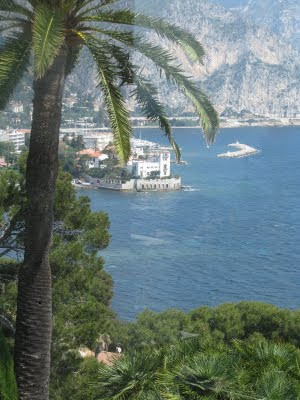 View of the Villa from the Villa Ephrussi de Rothschild
During my recent visit to the Cote d’ Azure in the south of France, the highlight and most memorable experience for me was visiting the Villa Kerylos in Beaulieu-sur-Mer. It had been a long time dream of mine for many years. My fascination with the Villa began when during my San Francisco days I was working on an amazing project with my former boss, Steven Volpe. I had gone to one of our restorers and as I arrived I noticed that they were unloading a set of the most remarkable and beautiful chairs I had ever seen.
It turns out the set of Klysmos chairs were from the Villa Kerylos and had been acquired by the the extraordinary antique dealer Therien and Company. Since we were looking for dining chairs for our project I immediately picked up the phone and called Steven to tell him about these wonderful set of chairs. The next day we had purchased them for our client and they looked perfect in her dining room. So that is where my fascination began for the Villa.
The Villa Kerylos was built for Theodore Reinach (1860-1928) who was a French archaeologist, mathematician, lawyer, papyrologist, philologist (study of language), epigrapher (study of inscriptions), historian, numismatist (study or collector of currency), musicologist, professor and politician. Whhheeeww, how someone can achieve all of that in their life is quite amazing!
He hired the architect Emmanuel Pontremoli to design a replica of a Greek dwelling right on the very edge of the sea. The villa was built between 1902 and 1908 and before even stepping inside it is very clear that no expense was spared for creating a truly authentic greek home. In 1928, after Reinachs death, he beqeathed the Villa to the Institute of France.
So let’s begin our tour by starting in the entrance hall of this magnificent home. 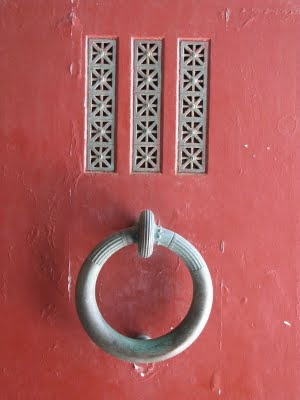 Detail of the front door with the bronze knocker 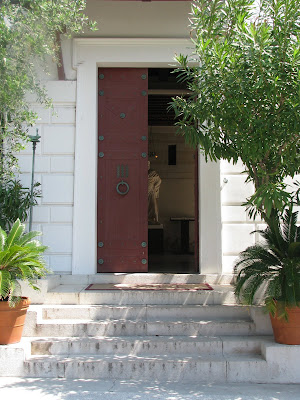 Steps leading to the entry to the Villa 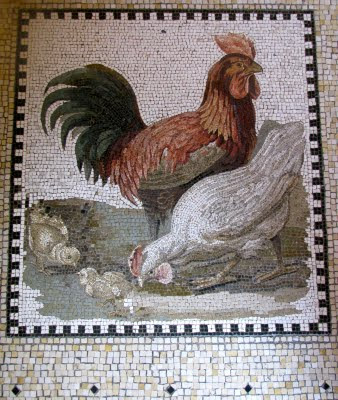 Detail of the mosaic floor. The rooster mosaic is I believe from the 2nd century b.c. 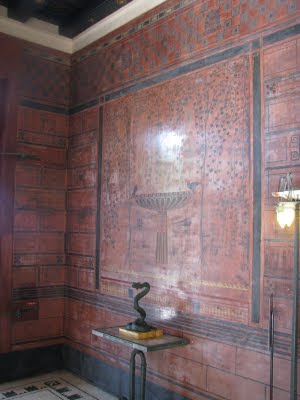 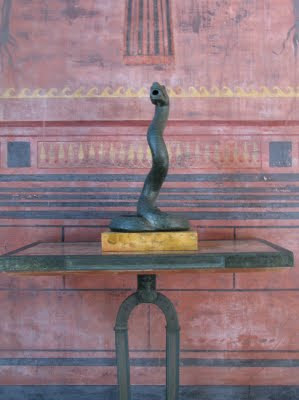 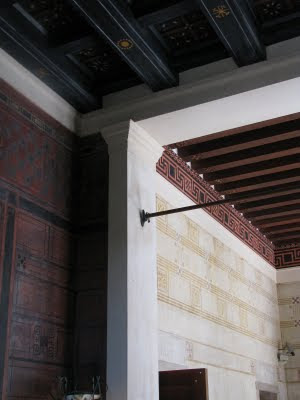